Barack Obama has announced that his current chief of staff Pete Rouse, acting in an interim capacity, will be replaced by William Daley and that Gene Sperling will take over as head of the National Economic Council (NEC).

Member of the Daley family political dynasty of Chicago, Bill Daley and Obama did not know each other until recently. Daley is a veteran of several past Democratic administrations and was an architect of the North American Free Trade Agreement (NAFTA) before becoming Clinton's Secretary of Commerce from 1997 to 2000. A supporter of Obama's presidential candidacy, Daley also sits on the Council on Foreign Relations.

Following his service in government, Daley went to work on Wall Street first at Evercore Partners, then at SBC Communications before heading to JP Morgan Chase. It is precisely Daley's close connection to the private sector that Obama hopes will repair his fractured ties with the business community and dampen any suspicion or reluctance harbored toward the president. 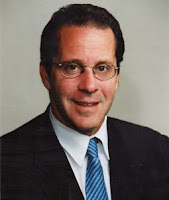 An eight-year Clinton administration veteran and chief economic advisor to Hillary Clinton's 2008 campaign, Gene Sperling is currently advisor to Treasury Secretary Geithner and has once before served as head of the NEC (1996-2000).