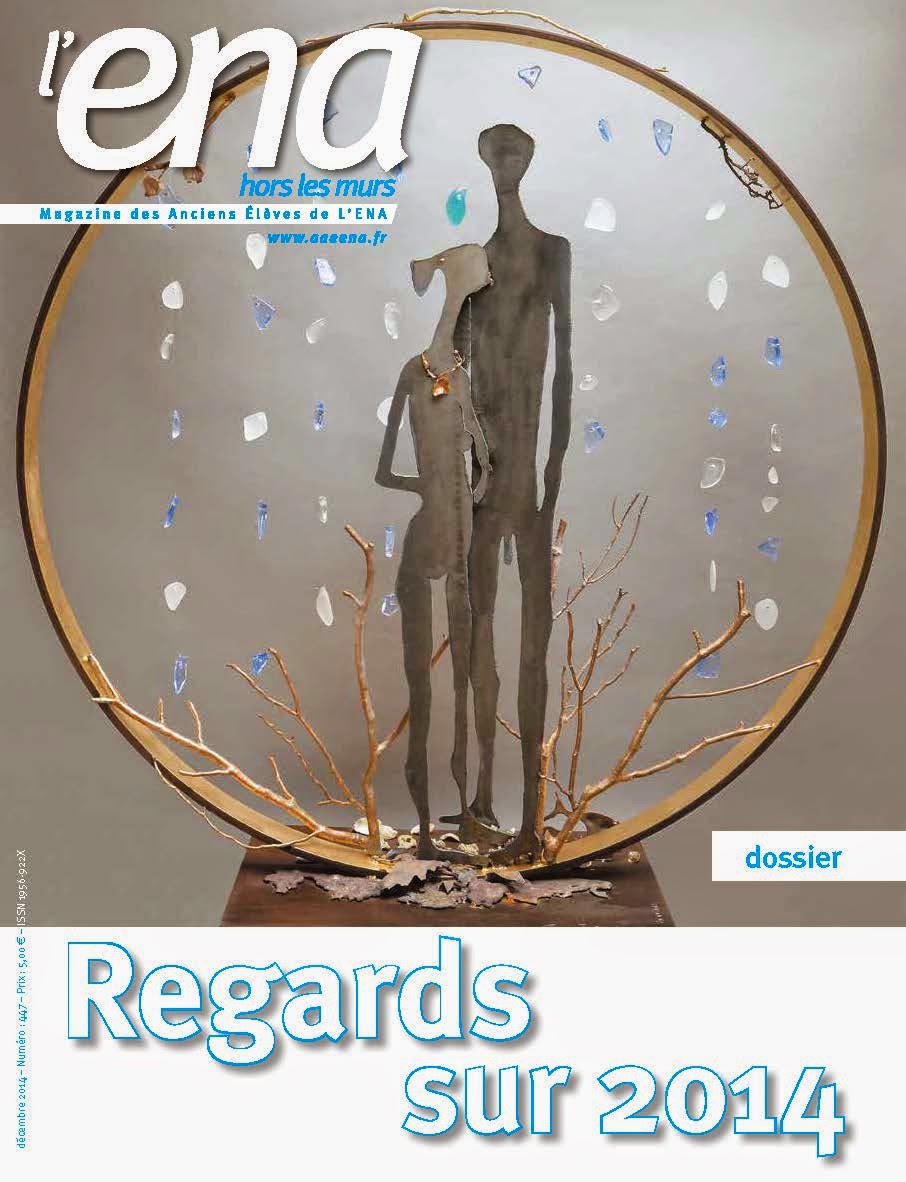 Click after the jump to read a recent article summing up the year in American politics for the December 2014 Issue of ENA Hors les Murs.

The article touches on the contradiction between an increasingly liberalizing society (health care reform, legalization of marijuana, homosexual marriage) and the Republican midterm rout. While evoking the existence of two distinct visions for America (both domestic and internationally) and demographic shifts that serve to define the two conceptions of the country, the article concludes on a note about Obama's approach and anticipates his action following the midterm losses. For example, rather than cultivate an Obaman political generation of leaders (much as the Clintons did), he has chosen to appeal directly to his electorate, to anonymous citizens - at the risk of short- and medium-term electoral gains - in order to be "on the right side of history" (immigration reform, climate deal with China). This article was published just prior to the announcement of the normalization of relations with Cuba. 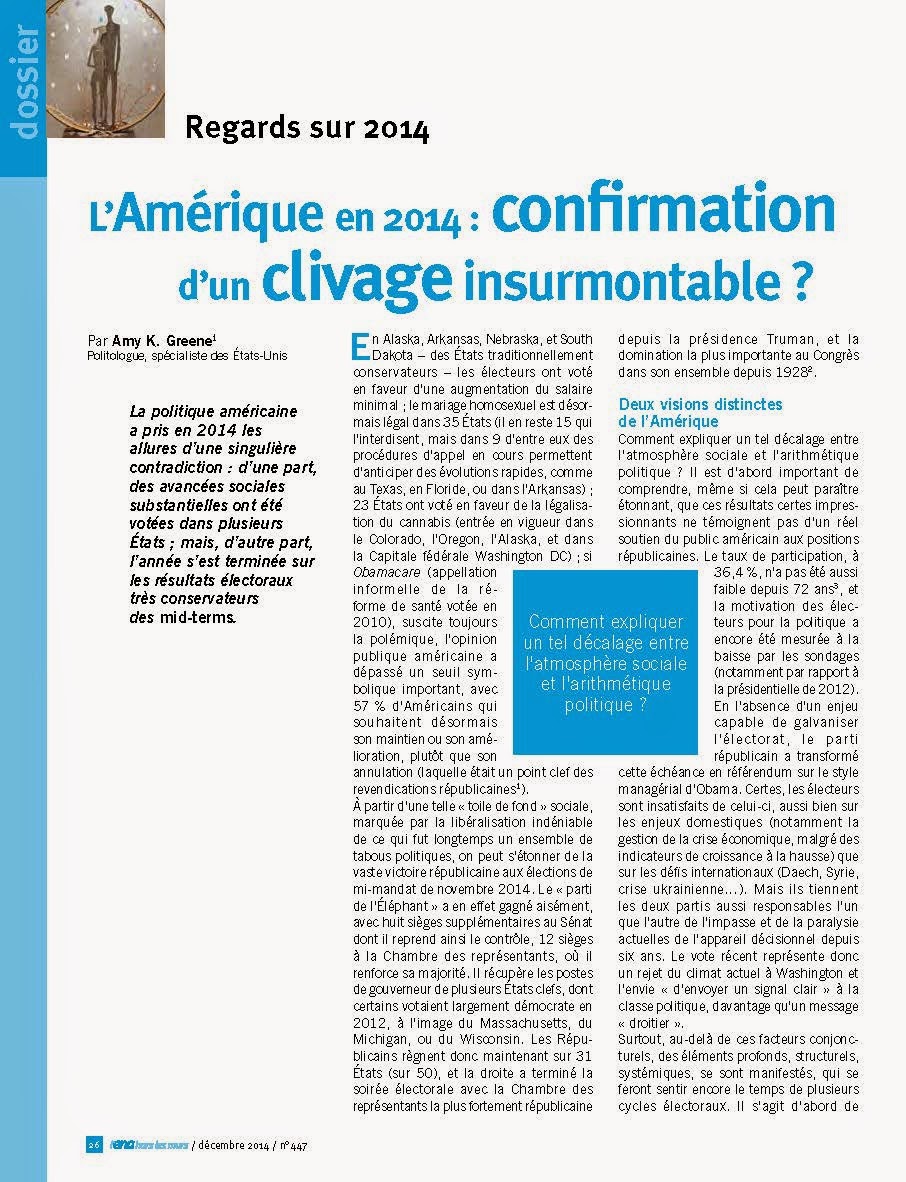 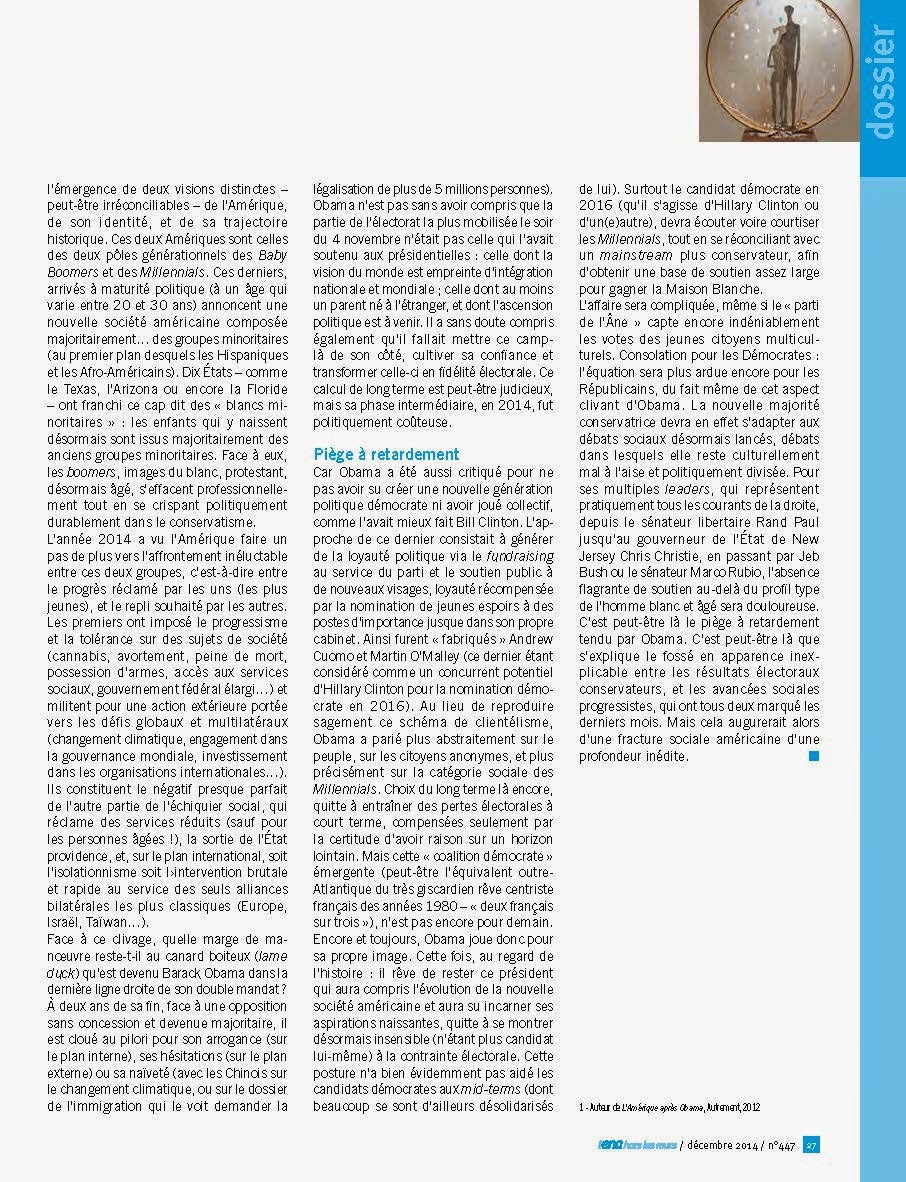