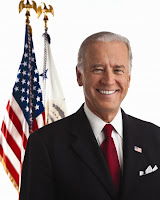 In an op-ed published in the New York Times, Vice President Biden provides a sort of "State of the Union" of American involvement in Iraq while appealing to Congress to pass the administration's budget proposal for continued support of the civil and security mission there.

As the combat mission has ended, Biden argues that underfunding the non-combat mission would compromise the hard-won stability in that nation, undermining the leaders' ability to strengthen institutions and increase overall stability and security.

Biden cites the following objectives as imperative priorities to attain political and security successes in Iraq, those key and central elements whose funding will be determined by Congress:

Biden also makes the case that Iraq will soon wield the full power of its natural resources to finance economic and security objectives, and that a continued Iraqi commitment to civil society will result in greater overall autonomy. Until then, US engagement is critical even as the American government seeks to dig itself out of crisis conditions.

Source: What We Must Do for Iraq Now - J. Biden (NYT)
Photo credit: The White House
Posted by Amy Greene at Sunday, November 21, 2010