SLAUGHTER'S PATH AHEAD IN SYRIA 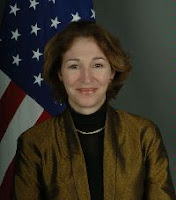 In light of today's meeting in Tunis of the Friends of Syria, Anne-Marie Slaughter (former director of policy planning at the State Department and current professor at Princeton) has published an editorial in the New York Times proposing a plan of action to end the violence in Syria.

Slaughter advocates foreign military intervention. Simply arming the opposition forces would, in her opinion, create conditions for a larger regional proxy war that could open the door to an Al Qaeda presence in Syria and access to biological and chemical weapons.

Instead, she proposes the creation of "no-kill zones" near the Turkish, Lebanese and Jordanian borders managed by "already active cilian committees"; no-kill zones that would serve as "short humanitarian corridors" to allow for the passage of food and medical supplies as well as wounded patients.

In Slaughter's words, "these zones would require nations like Turkey, Qatar, Saudi Arabia and Jordan to arm the opposition soldiers with anti-tank, countersniper and portable antiaircraft weapons" to be used defensively in order to stop attacks by Syrian military or other government forces. The aforementioned countries, and even European nations like France and Great Britain, could be called on to provide tactical and strategic advice.

Finally, Slaughter calls on Turkey and the Arab League to take a more active role in aiding Syrian opposition forces and insists that the international community should take no action "without the approval and the invitation of the countries in the region."

How to Halt the Butchery in Syria, Anne-Marie Slaughter (New York Times)