A LOOK AT CHUCK HAGEL AND JOHN BRENNAN : OBAMA'S PENTAGON AND CIA NOMINEES 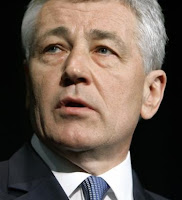 Having Chuck Hagel (age: 66), an Obama confidante, at the head of the Pentagon is intended largely to provide political cover to end combat operations in Afghanistan and to begin to implement deep Pentagon budget cuts.

Hagel is chair of the Atlantic Council and member of Obama’s Intelligence Advisory Board. He was formerly a Republican senator from Nebraska (1997-2009) and head of an investment banking firm. A two-time Purple Heart recipient, he would be the first Vietnam veteran to serve as Secretary of Defense. Hagel is known – and disparaged by many Republicans – for his independence vis-à-vis party orthodoxy on foreign policy issues and for holding views considered to be views outside of the conservative mainstream (ex. opposition to Iraq troop surge). Indeed, the vivid battle over his nomination has already begun among prominent Republicans, neoconservatives, Democrats, and pro-Israeli groups.

Opposition to Hagel is tri-fold. He has encountered major criticism for past statements about the pro-Israel lobby”: “[It] intimidates a lot of people around here. I havealways argued against some of the dumb things they do because I don't thinkit's [...] smart for Israel.” He has refused to add his signature to letters circulated around DC by AIPAC. Although Hagel has considerably better relations with other arms of said lobby (J-Street, Israel Policy Forum), and the support of heavyweights like Zbigniew Brzezinski, Brent Scowcroft, and most former US ambassadors to Israel, hardliners believe he will antagonize Israel. And to the contrary of the president, Hagel opposes sanctions against Iran, favors negotiations with Hamas and Iran, and has criticized the largesse of America’s defense spending.

Democratic opposition to Hagel centers mainly around a negative remark made about a gay colleague a decade ago. He has since apologized for the comment and has publicly stated his support for openly gay military service.

That Hagel personally knows war and has shown no reserve in expressing his reluctance to go to war may well have an impact abroad (US approach to Iran, willingness to align with Israel’s policies) as well as “at home” (increased attention to returned soldiers).

It is thought that Democrats will ultimately support the President’s choice and that Republicans will find it difficult to confront the potential backlash of opposing a decorated Vietnam War hero. But if Hagel wins a bitter nomination fight, Republicans may consider him weak and show less flexibility in cutting a deal to prevent the sequester from taking effect in late February. 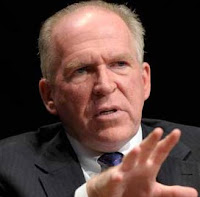 Current Deputy NSA for Homeland Security and Counterterrorism and close confidante of Obama, John Brennan (age: 57) is a career CIA agent who has been party to nearly every national security question issue in the Obama administration (including the raid on Bin Laden). Brennan was considered for the job of CIA director in 2008, but withdrew his name for consideration after facing accusations over past public support for “enhanced interrogation techniques” and sending prisoners to countries where torture might occur. Detractors insist that as a high-ranking official inBush’ CIA, Brennan condoned tactics like waterboarding that are considered torturous. In 2009, he condemned such practices.

A primary question elicited by this pick is whether the CIA will maintain, reinforce even, its current place at the heart of counter-terror operations, or if Brennan will usher it back to its traditional espionage capacities.

During his 25 years at the CIA, Brennan exercised a wide variety of functions, including the post of station chief in Saudi Arabia. Following his time in government, Brennan was head of a security consultancy, The Analysis Corporation, as well as chair of the Intelligence and National Security Alliance, and the director of the National Counterterrorism Center. Brennan speaks fluent Arabic.